Hit enter to search or ESC to close
ImportantsNewsSocial

By Valeria KechichianNovember 2, 2017 No Comments

This year’s Miss Peru Beauty Contest was one for the books. A staged protest between the organisation and the contestants took place during several segments of the event. One of the strongest moments was when the contestants were required to deliver their body measurements and instead gave real numbers and statistics of violence against women happening in Peru. 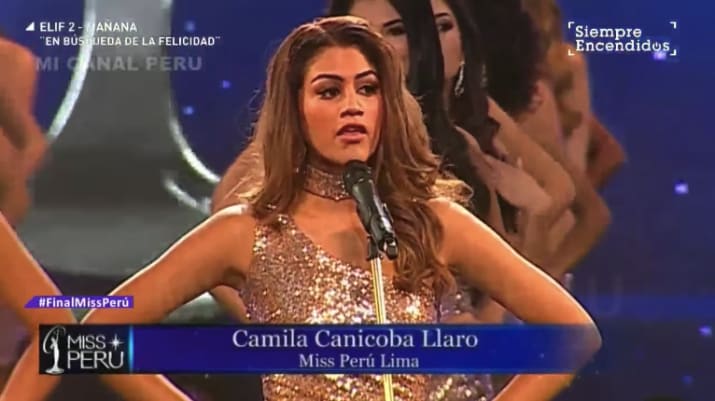 My measurements are 2,202 cases of femicide reported in the last nine years in my country.

Said Camila Canicoba who represented the city of Lima.

As translated by Buzzfeed:

‘My name is Juana Acevedo and my measurements are: more than 70% of women in our country are victims of street harassment.’

‘Almendra Marroquín here. I represent Cañete, and my measurements are: more than 25% of girls and teenagers are abused in their schools.’ 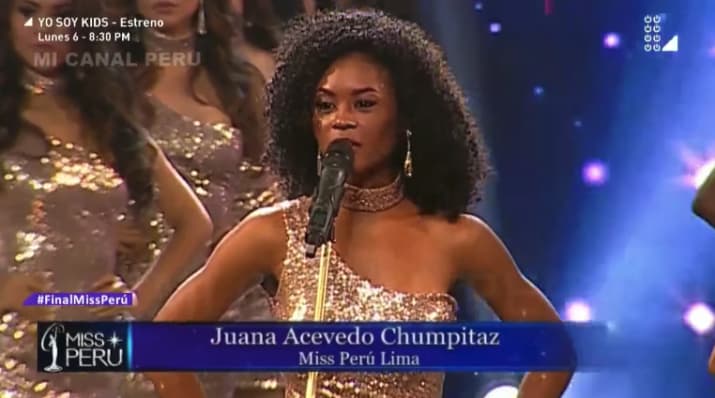 ‘My name is Luciana Fernández and I represent the city of Huánuco, and my measurements are: 13,000 girls suffer sexual abuse in our country.’

‘My name is Bélgica Guerra and I represent Chincha. My measurements are: the 65% of university women who are assaulted by their partners.’

My name is Romina Lozano and I represent the constitutional province of Callao, and my measurements are: 3,114 women victims of trafficking up until 2014.

One by one the contestants stated facts while the audience clapped and cheered in support. 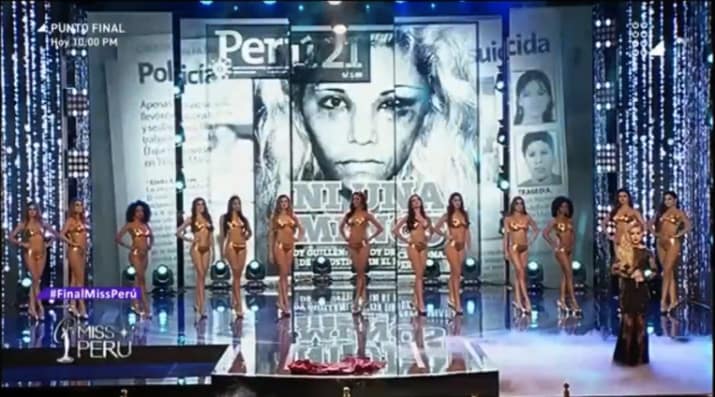 For the final segment, contestants were asked what laws they would change to combat femicides.

**We don’t agree with these kind of contests where women and men are judged by their appearances but we celebrate that in a South American country where violence against women is sometimes even celebrated by society, this message was spread**