Hit enter to search or ESC to close
ImportantsLGCNews

Catching the Dream: as a newbie Part 3 – Final!

Two years ago I had a dream.
It was a dream that involved challenges and proving a (personal) point. It was a pursuit of happiness and a curiosity for stepping outside of the comfort zone. It was several dreams boiling into one. I started that dream with writing these ‘Catching the Dream as a Newbie’ articles. They weren’t many and it’s been two years already. But in the end; I made it.

I caught that dream, which was to go to Hawai’i and embrace the surfculture. The skating part was pretty much nonexistant at that point, but I had no idea where it would eventually lead me. A year after the latest post, ‘Catching the Dream as a Newbie Part 2’, I actually found myself where I started, in Norway. And this is where I am now and have been for the past year and a half. And man oh man, have I been skating ever since. And I’m not a newbie anymore! 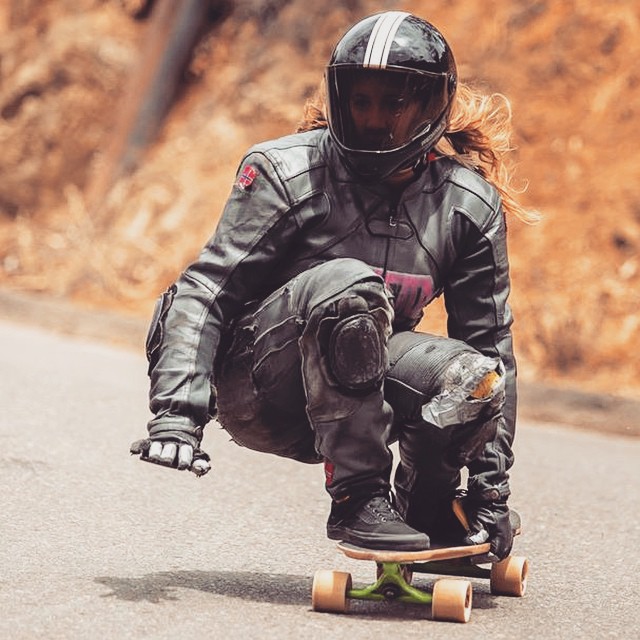 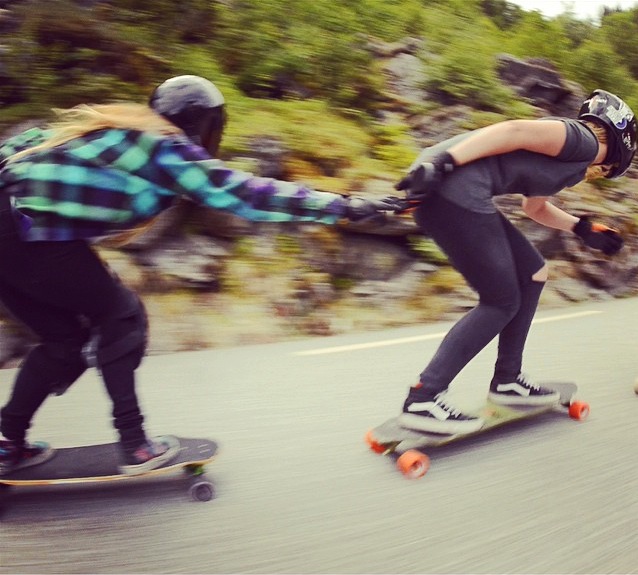 Once I stepped my foot back on viking soil, I was beyond determined. And I went for it, and it went down(hill). In my earlier articles, I mention fear, making ugly appearances in how I approach things. It’s still around, it’s not something that goes away, but you can learn how to use it as a tool for motivation. You come to a point where you get sick of being stopped by a notion that probably isn’t reality. There is just too much fun to be had, without it anyways.

So once again, I found myself moving to a new city, not knowing anyone who skated or where to find them. But I just started looking and I found them. Within a month of my arrival I had tons of new bruises and rashes. Meeting new people who showed me different spots and techniques. They are now some of my closest friends and competitors. 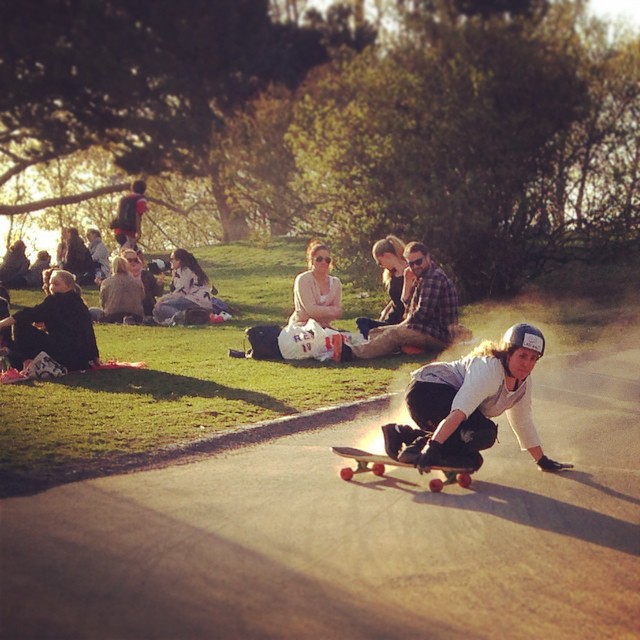 Within two months I skated my first outlaw and within three months I had skated in a national competition. A year after that, I skated an international competition, across the globe. After my first season I was voted Norwegian female Downhill Skater of the year. When I started my journey, I did nooot know all of this would happen. But it couldn’t have happened unless I actually just, Did It!
There is a difference in dreaming it and actually doing it.
Which has been the philosophy of the articles. 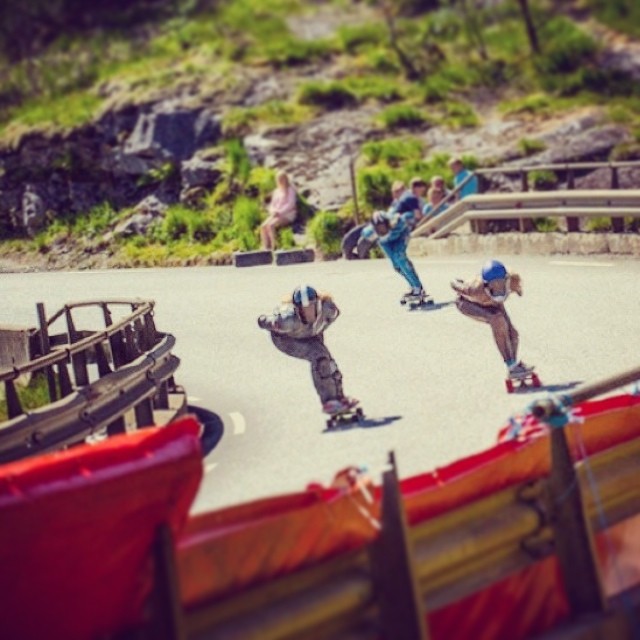 Even though I’ve struggled with insecurities and basically, not having the balls to do what I secretly really wanted to do. I would have regretted it. I don’t want to become a complacent 90 year old woman who would look back at certain unfullfilled desires, that I at least didn’t give a try. And I know there are a lot of you who’ve had the same thought. And it is only now, at this moment, where you can do something about that.

At this point, I’m not the best and I’m not fastest. But I made it, and having a ball doing it. I have been smitten by the longboard bug and it’s still rolling strong. In between then and now, besides scratching my skating-itch, other dreams have been planted and are starting to sprout. The ones that involve skating, also include sharing it with others around me.
I have been fortunate to be able to teach others how to skate as a skate instructor for a season. I’ve joined a team who organized the first World Cup in Norway the past season and hope to continue on with that. I’ve tried my best to involve more women in the norwegian scene and hopefully can include anyone from abroad too. I hope to be rolling for a long time, by myself and with others. 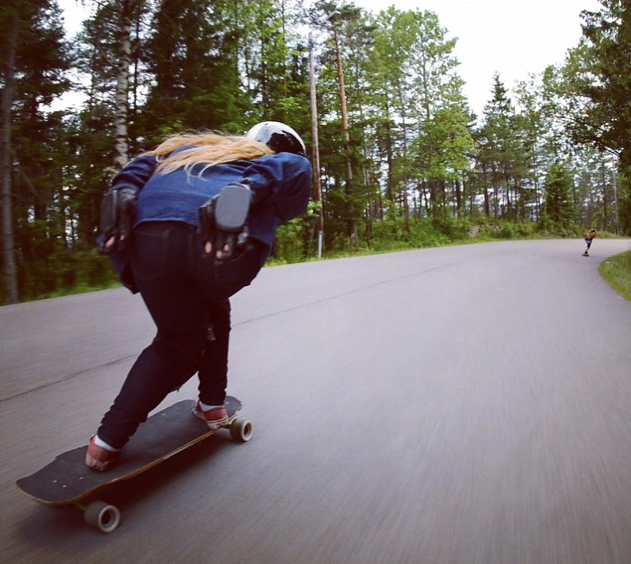 Skating has brought me closer to myself. It has strengthened me, mentally and psycially. We all have to start somewhere. But also having a desire or dream (big or small) and actually accomplishing it, has shown me how capable I am. Making me realize that I have the ability to change and become the person I really want to be. It’s good to blow your own mind sometimes too. In the end, make room for what you find is pure fun. Because when you have fun, you will regret nothing and you learn. Never stop learning!
Always skate with a helmet and hold your lane! 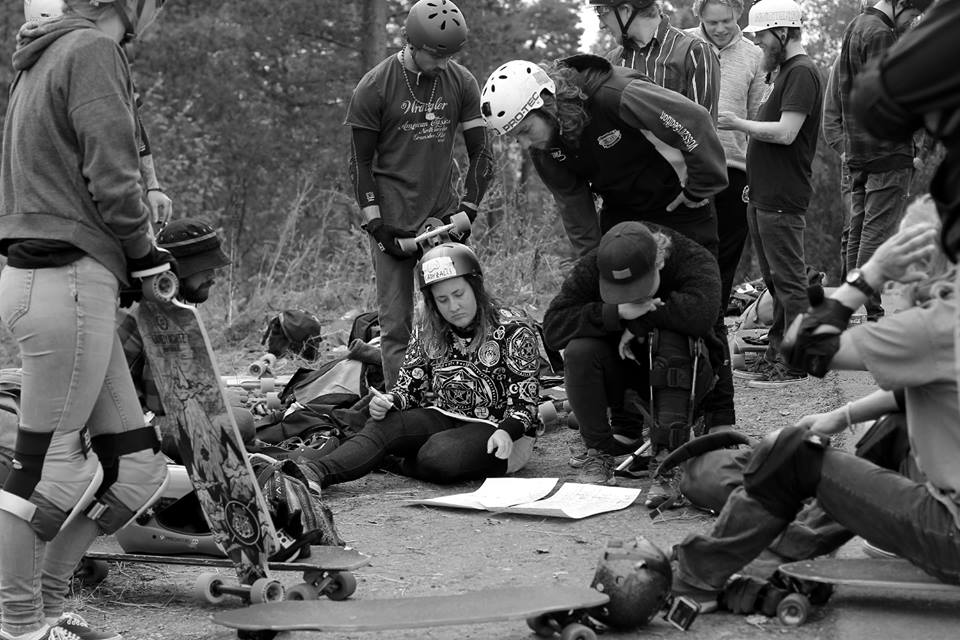